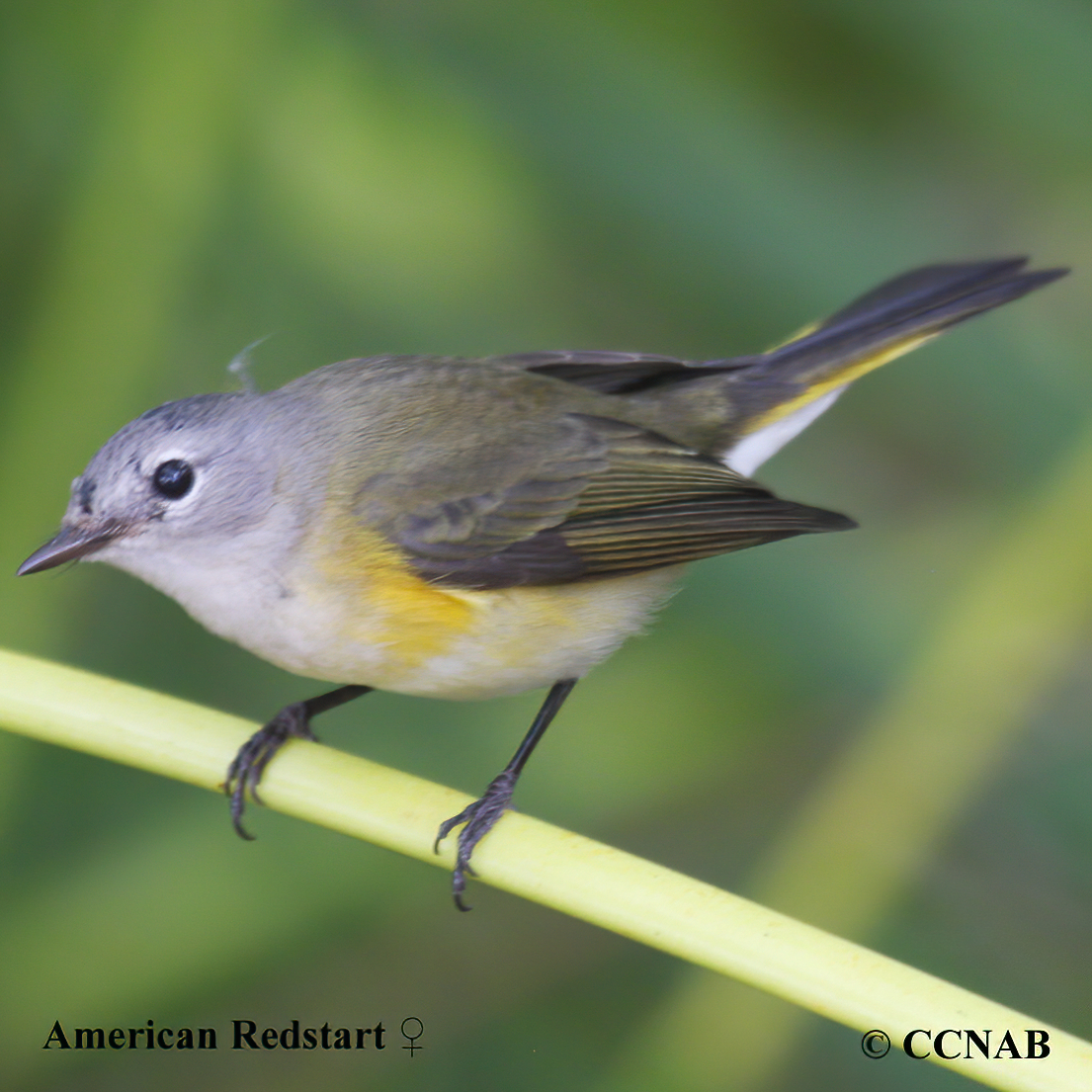 Species: The American Redstart (Setophaga ruticilla) is one of the more common warblers seen in North America. The very attractive male is quite active and seems to sing throughout the day. During the summer, it can be seen flittering from branch to branch, showing off the large orange areas on the side of its breast, its opened wings and flared tail feathers.

Distinctions: Sexually dimorphic, the male has large orange markings on its breast, wings and at the base of its tail feathers. It has a shiny black body with a white breast. Female has an olive-coloured body, grey head, yellow feathers on its wings, side of breast and at base of tail feathers. Juvenile is similar to female, with maybe a hint of black on the side of the breast and brown wings.

Voice: Loud songs consisting of up to five or six notes, constant singing throughout the day. Always moving from branch to branch and tree to tree.

Nesting: Up to five eggs, pale white to light greenish with brown specks, one to two broods per year. Nest is usually located in the crotch of a sapling or base of a tree. Prefers second growth forest with water nearby. 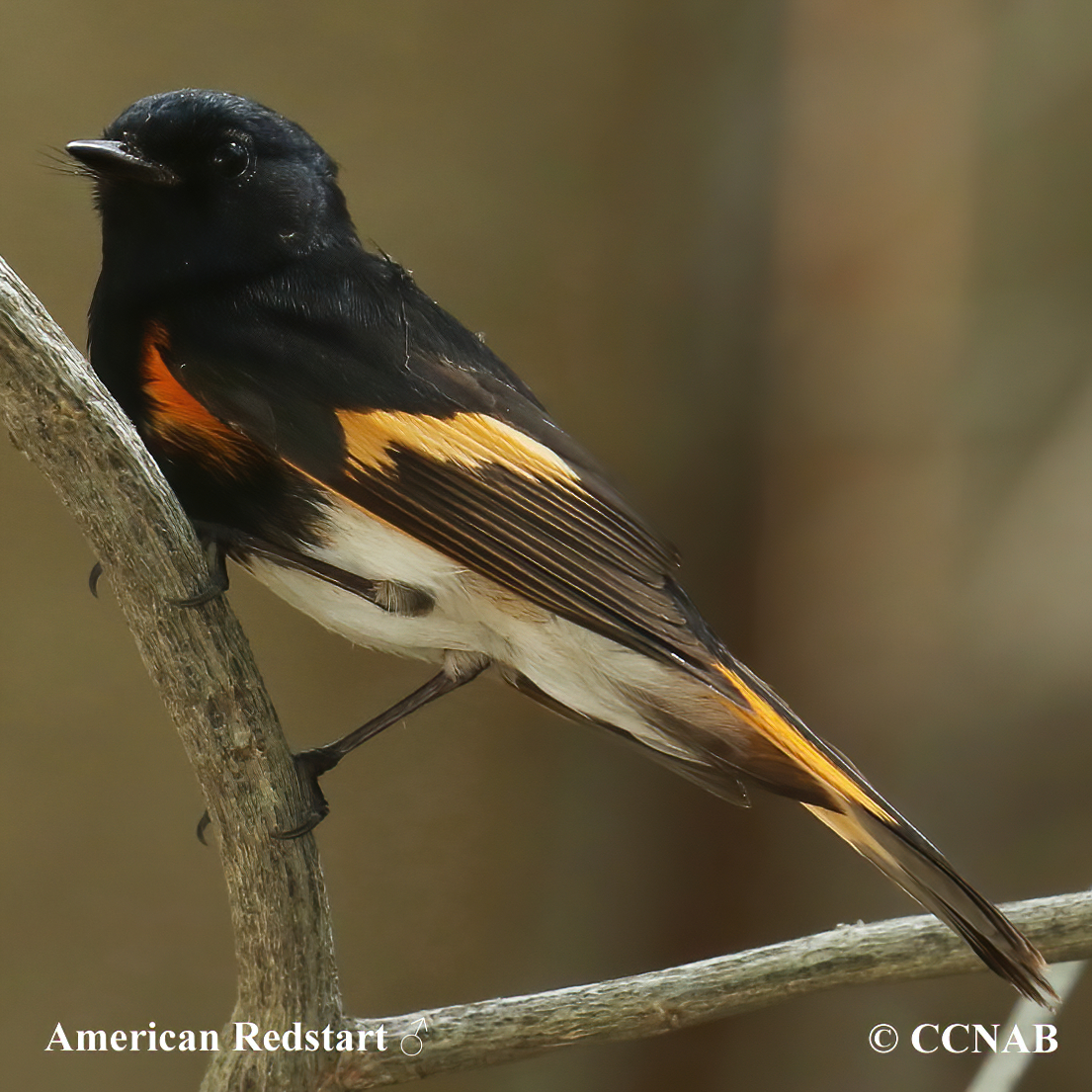 Life, Habitat and Pictures of the American Redstart

Distribution: Found in second growth forests or open wooded areas. It is seen from Newfoundland and Labrador through the lower half of Quebec and north to James Bay. It is also seen across the prairies into the Northwest Territories and south into British Columbia as well as east along the northern states into the central regions of North America. It is also found south into Texas and east to the Atlantic coast and north into Nova Scotia.