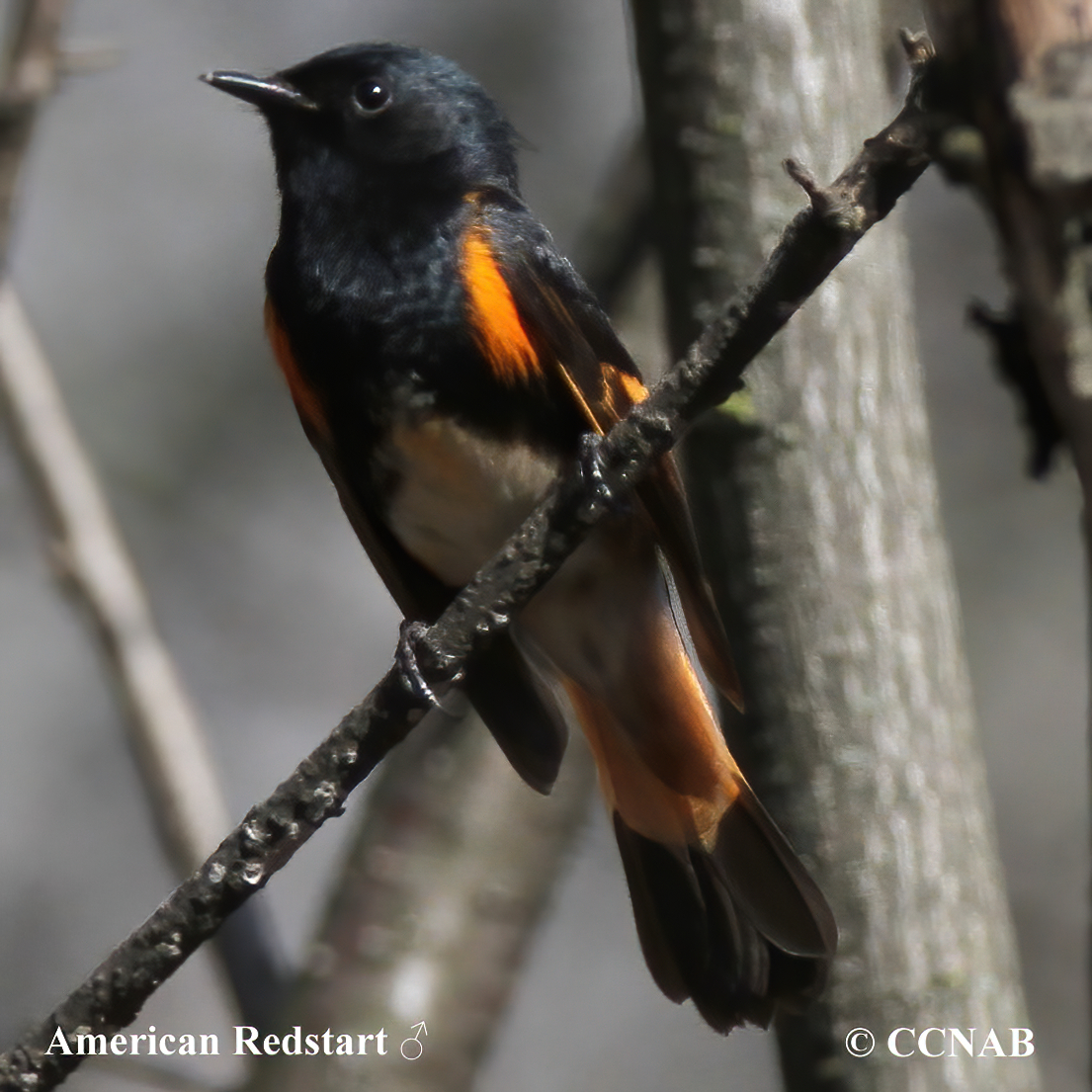 There are two members of the redstart family found in North America. The American Redstart is the most common among these two warblers. They can be found throughout the continent excluding the northern tundra. The Painted Redstart is the larger bird of the two and has a range along the southern borders of the United States into Mexico.

These two redstarts are members of the Wood-Warblers group. They prefer forests and bush lots, where they make their nests and find their food. The redstarts are non-stop singers in springtime. When one follows their calls, they will be able to find them, continuously moving and hopping from limb to limb. This is what warblers are known for.