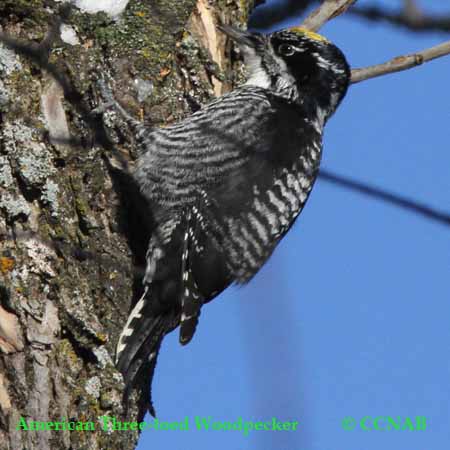 Distribution: The American Three-toed Woodpecker is one of two northern woodpeckers and the Black-backed Woodpecker is the other, that have three toes instead of the normal four toes on each foot. These woodpeckers prefer dead or burnt coniferous-type trees, where it is easier to pry the bark off instead of pecking holes into the tree. They are seen from Newfoundland and Labrador through the lower half of Quebec and throughout most of Ontario. They are also found across the northern half of the prairie provinces and into the Northwest and Yukon Territories, southern regions of Alaska, as well as throughout British Columbia and into the northwestern states.