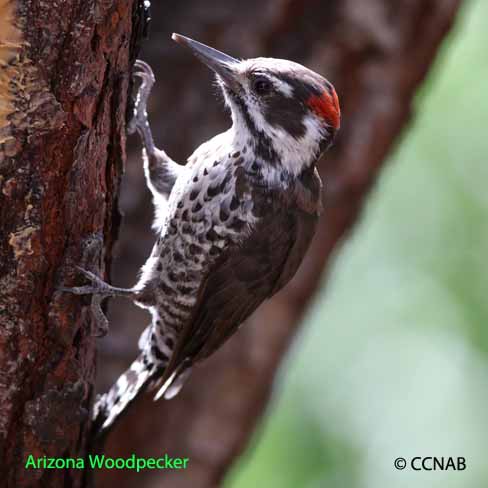 Distribution: The Arizona Woodpecker was once known as the Strickland's Woodpecker and is a bird species still found in southern Mexico. This soft brown-coloured woodpecker is found mostly in southeast Arizona, located in what is called the Sky islands. These are tall mountains rising from the desert floor and some are higher than 10,000 ft. These woodpeckers can be seen in locations near Tucson. This woodpecker is common around backyard feeders and has a fancy for peanut butter that has been spread onto the bark of a tree.