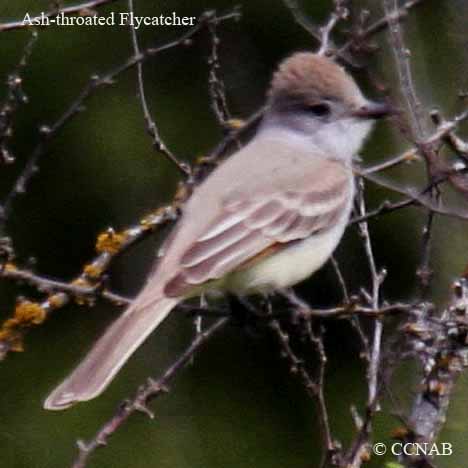 Distribution: The Ash-throated Flycatcher is a member of the Myiarchus flycatcher family. It is likely the most common of its group in the southwest regions of the US. Seen from the western boundaries of Oklahoma, diagonally northwest though Colorado, southern Wyoming, west through Oregon, touching into southern Washington, south through all of California and on to the California Baja. It is also seen east through the US border states as far as eastern Texas. It is also common throughout Mexico.