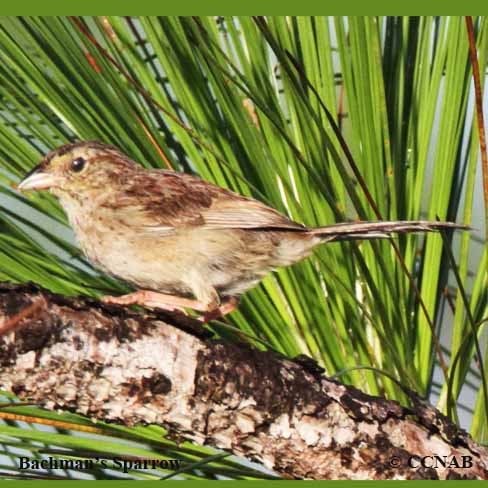 Distribution: The Bachman's Sparrow is a woodland or forest bird that prefers grassy areas as its habitat. It is a shy bird which makes it very difficult to find or see. This sparrow is rather plain looking and does not have any apparent markings except for its buff-coloured breast. It is seen from the northern regions of North Carolina to eastern Oklahoma and into southeastern Texas. It is also seen from Louisiana to the central regions of Florida and north to South Carolina.