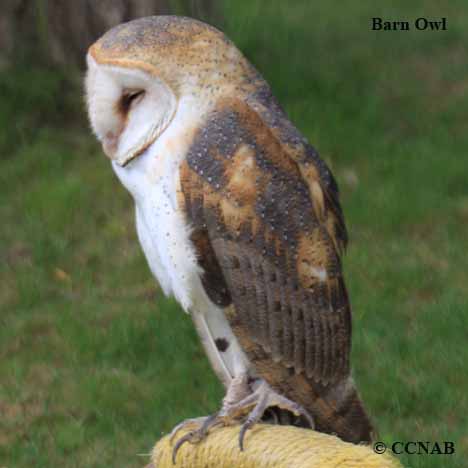 Distribution: The Barn Owl is from the family of the Old World owls. It is different from all the other owls seen in North America. At one time, when there were wooden barns all over the continent in the south, this bird of prey was a regular resident. Now most of these barns are gone and metal barns are now the substitute. They are seen almost entirely in the US states, except for rare sightings along the Canadian borders, from Massachusetts and across the western states to Washington, south to California, east to the Atlantic coast, all of Florida and north to New York. It is found throughout the country of Mexico.