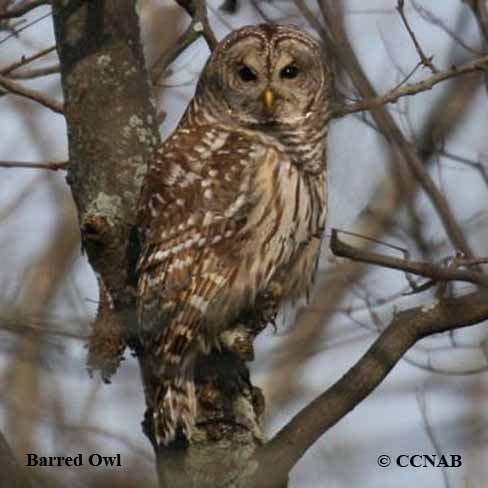 Distribution: The Barred Owl is one of the larger owls seen in North America. It has a very recognizable call that might be heard at night from across a lake. It might be situated in a forest or sitting out at night close to a wooded area. The call sounds like "Who, who cooks for you?" and is repeated over and over. It is seen from Nova Scotia, through Quebec and Ontario, around the Great Lakes, streaming across the prairie provinces, all of British Columbia and the northwest corner states. It covers the eastern half of the US states to the tip of Florida, westward into the eastern half of Texas.