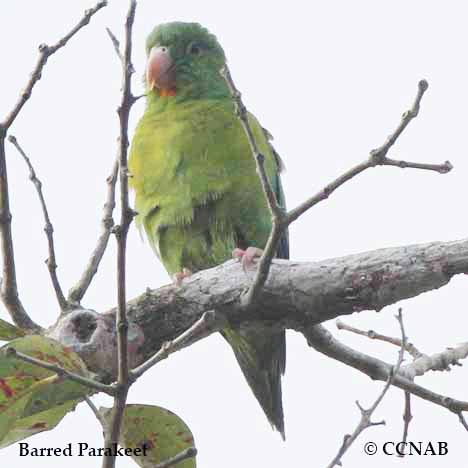 Life, Habitat and Pictures of the Barred Parakeet

The Barred Parakeet is a smaller member of the parakeet family. This short-tailed and mostly green bird is native to the most southern areas of Mexcico, Latin and South America. It is possible one might be seen in one of the southern US states as many parakeet species have either escaped captivity or have been released by individuals.