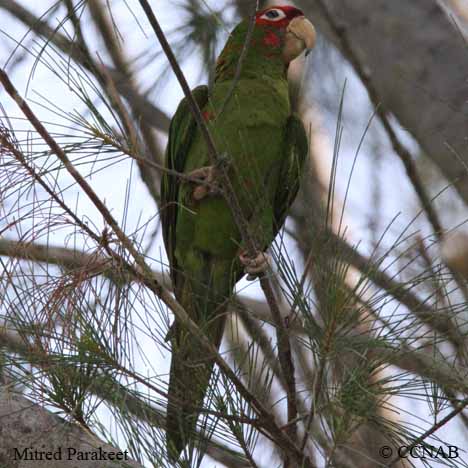 There are many types of parakeets seen in North America. Some are becoming quite common, such as the Mitred Parakeet that is seen in Miami, Florida or the Green Parakeet found in McAllen, Texas. Today parakeets are found throughout California, Arizona, Texas, Florida and some are even found in New York City. These bird species are social in nature, where you find one there are probably more. These birds are more often heard than seen. By nature they tend to stay hidden in the leaves of large trees and are camouflaged by their green plumage.