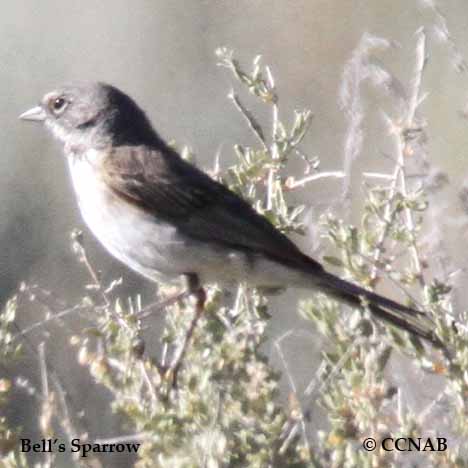 Distribution: The Bell's Sparrow and the Sagebrush Sparrow are both splits from the Sage Sparrow. Up to a few years ago, they were considered one and the same sparrow. The Bell's is found almost entirely in California and west of the Sierra Mountains. There are reports of it being seen in Nevada, Arizona and the California Baja. It prefers an arid and hot environment and it is not uncommon to see it in a desert habitat.