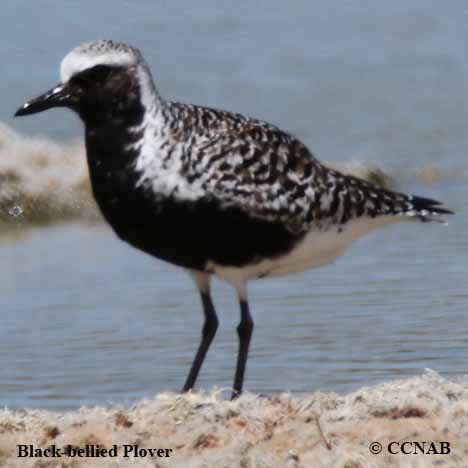 The Black-bellied Plover is the largest bird of the plover family seen in North America. This plover can be seen on all the different coastlines of the continent. In the fall, its plumage changes to a grey, and at this time, it has a similar appearance to the American Golden-Plover.