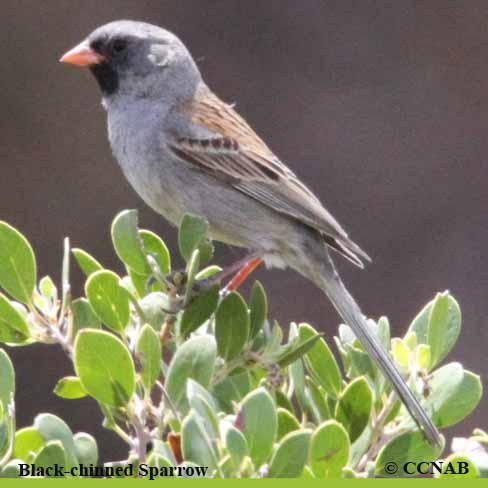 The Black-chinned Sparrow lives in the hot dry climate of the southwest. Reports indicate sightings in southern areas of Arizona, New Mexico and western Texas. They are also seen in the northwestern regions of Mexico. This handsome grey and black sparrow makes its habitat in the bushy undergrowth of this sparse country landscape.