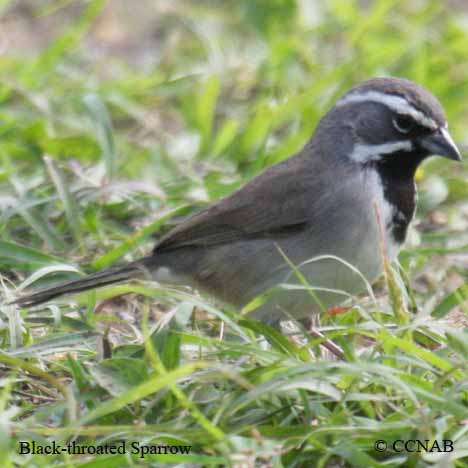 The Black-throated Sparrow is one of the most attractive sparrow species seen in the southwestern regions of the US. This bird prefers a hot dry climate and is quite comfortable living in the desert scrublands and grasslands. It is a rather easy bird to observe and easy to approach.