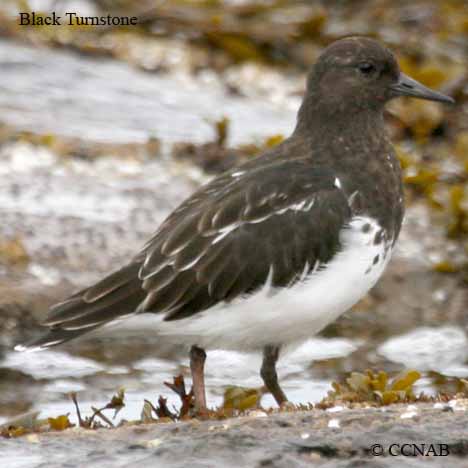 The Black Turnstone can sometimes be seen along the shorelines of the Pacific Ocean throughout North America. It spends most of its summer nesting in Alaska. During the winter months, it migrates down the Pacific coast as far as the California Baja.