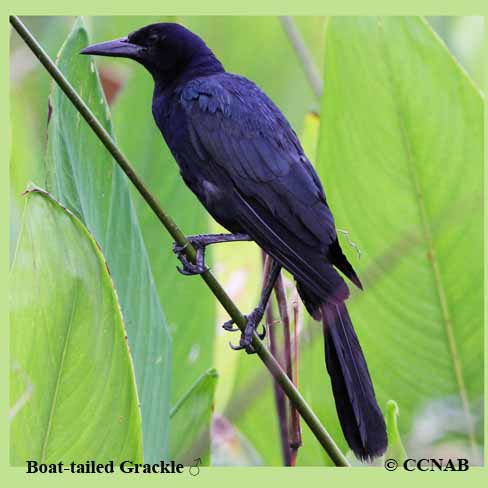 The Boat-tailed Grackle is the medium-sized member of the grackle family that is seen in North America. The males of these brilliant and black coloured birds, display quite a show, when they are seen in their breeding plumage. These birds have the smallest range among all the different grackles species. One of their main diets are small lizards that are so plentiful in their habitat.