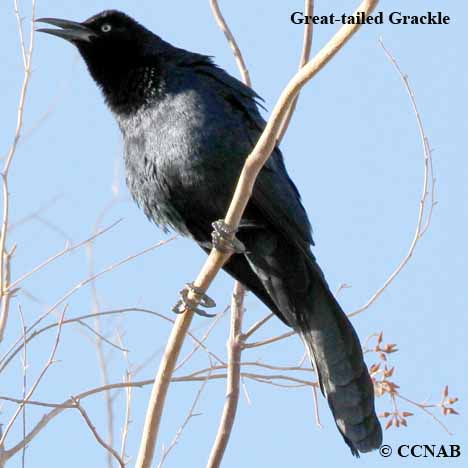 The grackles have a wide range of colour including, browns, dark blues, dark greens to blacks. These colours depend on the maturity and sex of the birds, as well, whether it is in breeding or non-breeding plumage. The plumage is quite iridescent when they are in their breeding plumage.

Although somewhat different than ravens, crows and blackbirds, they are associated with the members of the blackbird group. These large birds are recognized by their long bills and long tails. They are not wary of people and are found visiting birdfeeders wherever they find them and inhabit most towns and cities. The grackles are not known for their songs but for having loud scratchy voices and squawking cries.