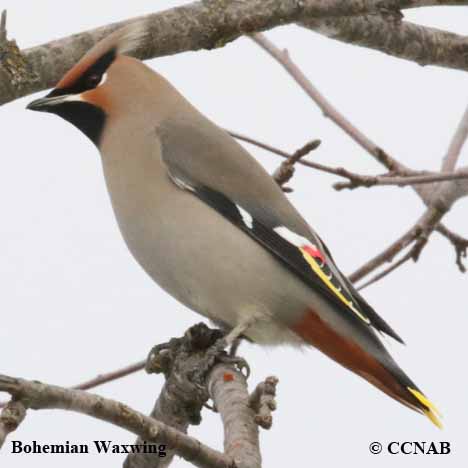 The Bohemian Waxwing is one of the true nomads in North America when it comes to native birds. This waxwing is more so prone to the western regions of Canada. Its habitat is more in the northern areas than the Cedar Waxwing. But, in the winter months, when food supplies are not as available, it may show up anywhere in the northern parts of the continent.