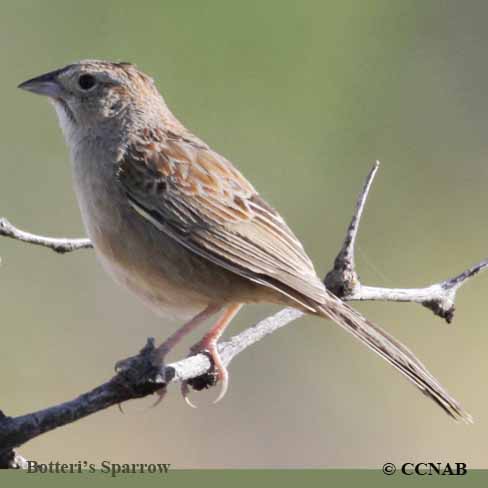 The Botteri's Sparrow lives in a hot dry habitat and is one of the most southern sparrows seen in North America. Its range barely reaches into Arizona, New Mexico and Texas from Mexico. It is much more widespread throughout Mexico, where the landscape is much more ideal for its habitat.