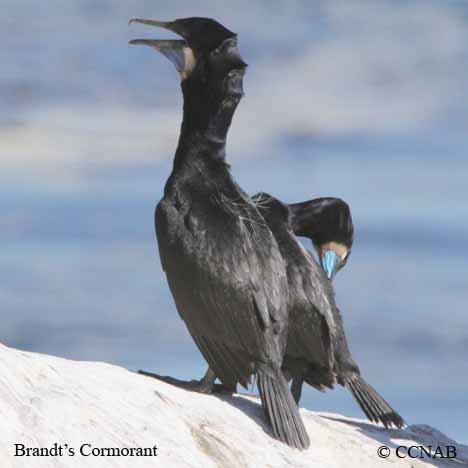 The Brandt's Cormorant is found along the western coastlines of North America. They can be seen from western Mexico throughout the California Baja, northward through the province of British Columbia and the coast of the Yukon Territory in Canada. This is the second largest cormorant seen in the North American cormorant family.