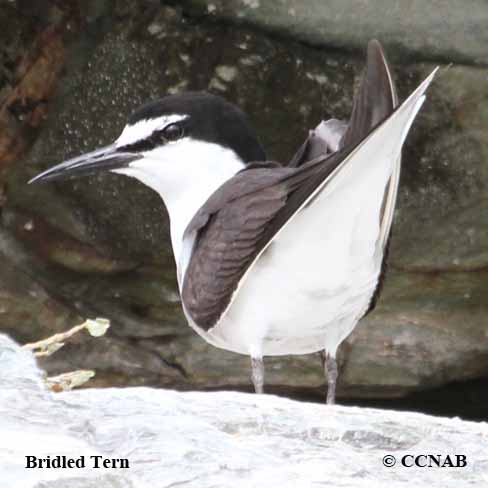 The Bridled Tern prefers its habitat far away from coastlines. Only during the nesting season are these seabirds seen on land. This particular tern is very similar in looks to the Sooty Tern and is found in the same tropical regions.