There are at least seventeen types of terns including the native and vagrant species that have been seen in North America. These different types are closely matched, with a portion seen over different areas of the continent and the other seen around the coastlines and out at sea. Almost all species of terns are black and white and in most cases are more white than black. In the tern family there are two types of noddies; the Brown Noddy and the Black Noddy. 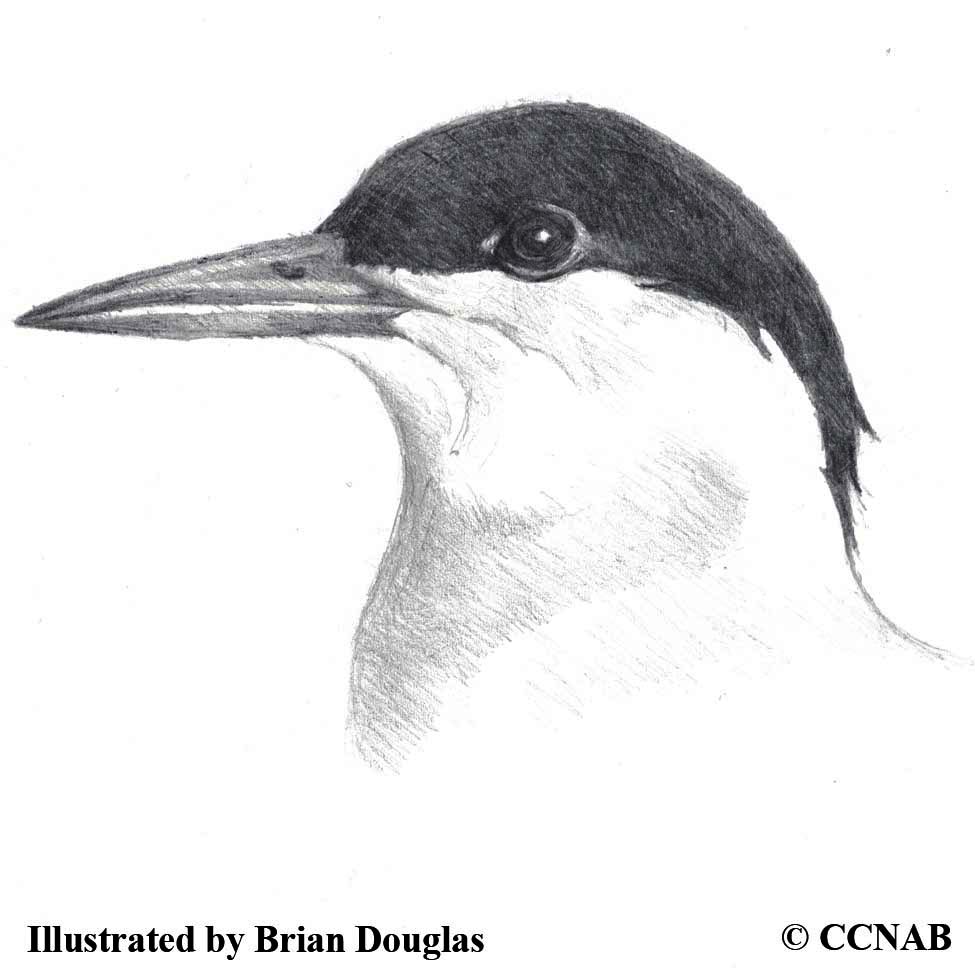 With their long pointed wings and long tail feathers, terns fly over water as swallows fly over land. With quick and agile manoeuvring, these birds dart through the air, diving and capturing their prey by piercing them with their pointed bills. The terns are known for the great distances they travel during migration, especially the Arctic Tern which flies to the Antarctic every fall and returns to the Arctic every spring.