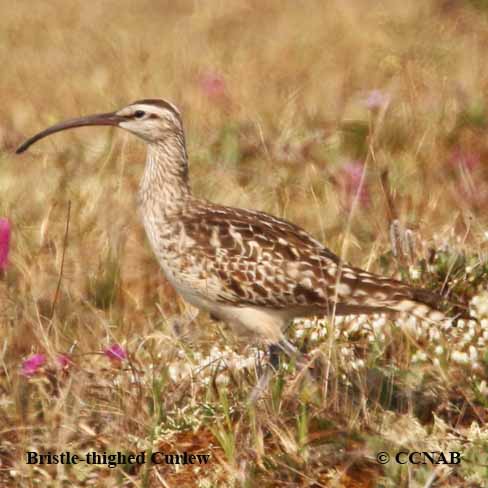 Life, Habitat and Pictures of the Bristle-thighed Curlew

The Bristle-thighed Curlew is one of the members of the largest shorebirds. Curlews are recognized by their long down curving bills which are used to probe the mud flats and long grasses in order to find their food. The Bristle-thighed Curlew nest on the high tundra hills in northwestern Alaska. They are known to migrate thousands of miles each year, in the spring and back again in the fall, from the South Pacific to the North Bering Sea.