At one time there were three native types of curlews found in North America. These are the Bristle-thighed Curlew whose range is in Alaska only, the Eskimo Curlew 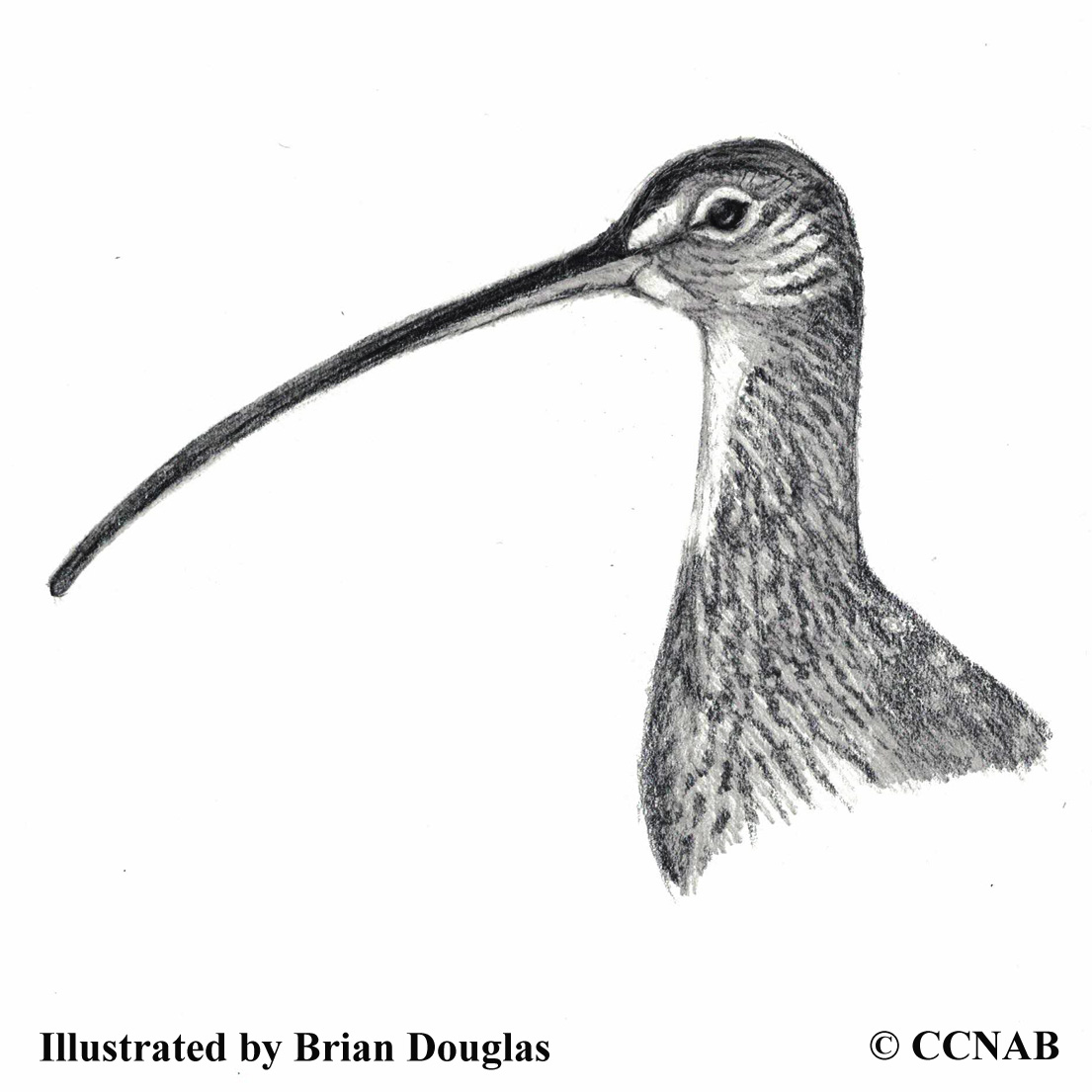 The curlews are recognized by their long downturned bills and are seen in fields and mudflats where they are able to feed by picking up insects or by probing into the mud for their prey. These different types all have similar brown plumage and grey legs. The Whimbrel is another large shorebird that is quite similar to this group.