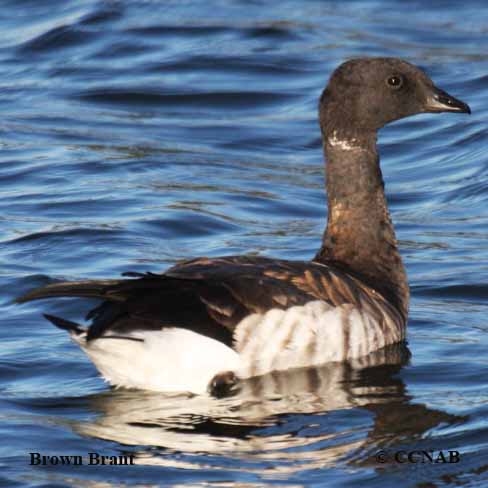 The Brown Brant is another sub-species or race of the Brant family seen in North America. These same geese are referred to as Brent in Eurasia. There are many different shades of colours among the various Brant plumages that are seen across the North American continent.