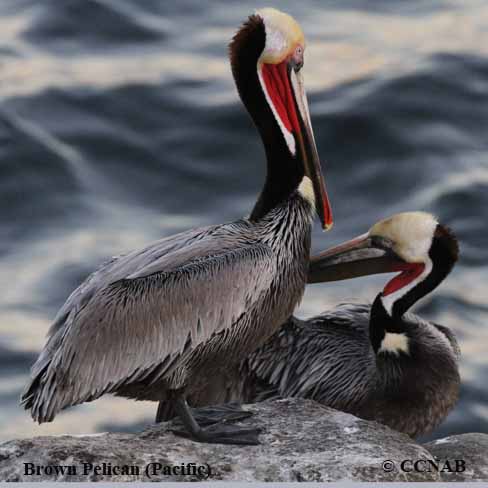 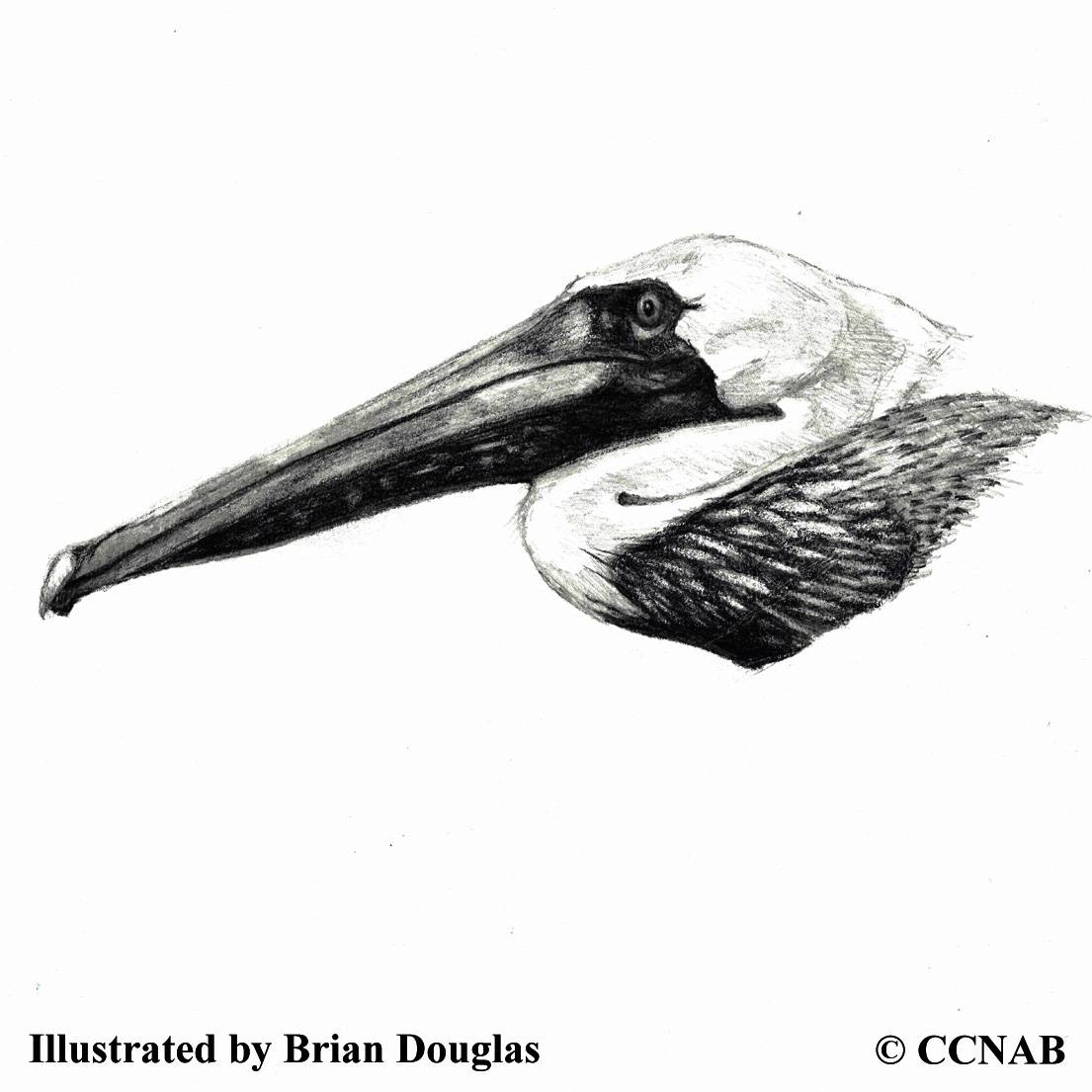 The Brown Pelican is one the largest seabirds found in North America. Although they may seem awkward when observed on land, the pelicans can soar without effort. They are recognized by their head-on dives straight into the sea to capture fish and using their large lower bills to hold their prey. When one travels along the coast, it is common to see them perched on street lights and piers.