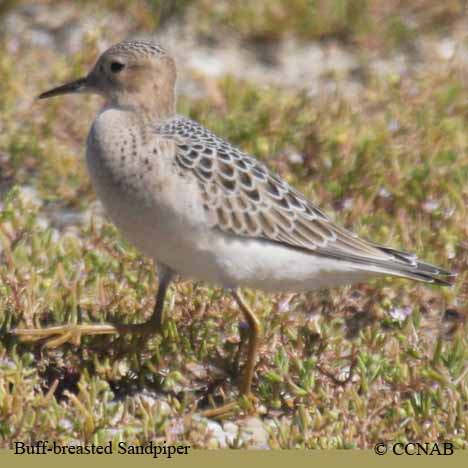 The Buff-breasted Sandpiper is an upland shorebird. It prefers a habitat mostly away from water. This light-coloured sandpiper blends very well into its surrounding areas, such as dry mudflats and sandy areas with sparse grass. It is one of the harder sandpipers to find and to observe.