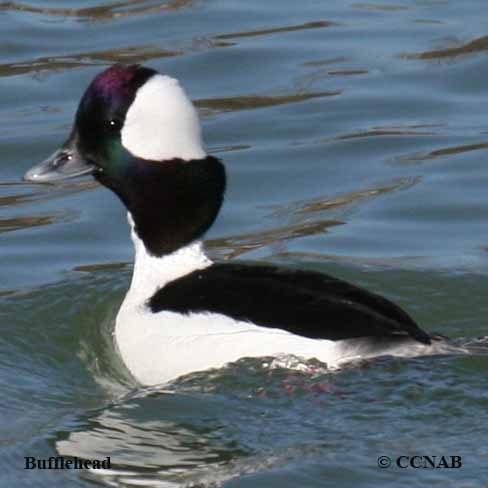 Life, Habitat & Pictures of the Bufflehead

The Bufflehead is a small duck, which makes its nest in tree cavities. It is seen on lagoons, ponds and sheltered bays. This bird is one of the diving duck species seen in North America. The male can be identified by the large white patch behind its eyes.