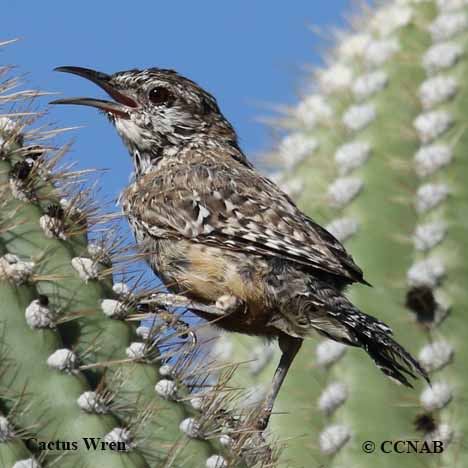 The Cactus Wren is the largest member of the North American wrens. This bird can be seen singing from the top of shrubs or cacti while enjoying the hot and arid habitat. It is a friendly bird, one that is seen in playgrounds, parks, campsites and around homes.