Wherever there might be brambles, long grass in meadows or cattails, there are probably wrens close by. These small brown birds are more often heard than seen and when seen, they usually have their tails pointing up. Even when they are in areas where they are known to exist, it is still no guarantee that one will be seen. 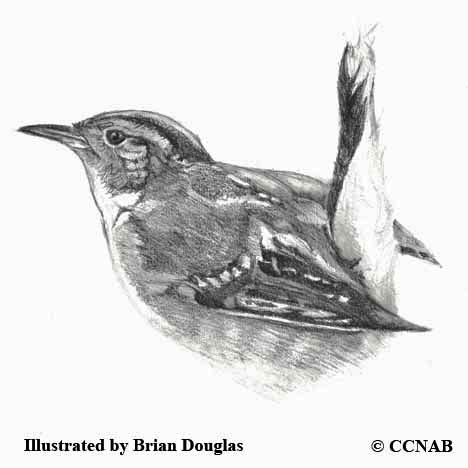 There are nine species of wrens in North America and eight of these have been reported seen in Canada. They are as follows: Canyon Wren, Carolina Wren, Bewick's Wren, House Wren, Marsh Wren, Rock Wren, Sedge Wren and Winter Wren. The Cactus Wren is located in the most southern states.