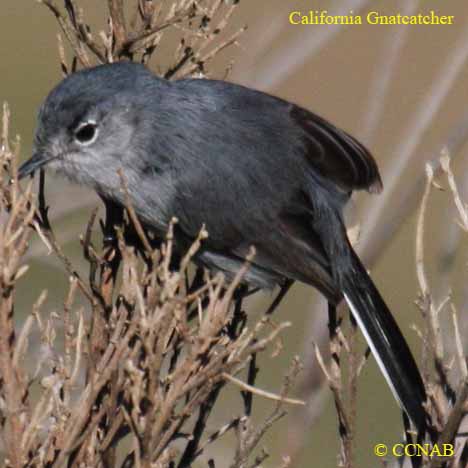 The California Gnatcatcher is endemic to California and the California Baja. This small grey bird is an endangered bird species. It is only found on the west side of the Laguna Mountain range. Close observation is needed as this gnatcatcher is very similar to the Black-tailed Gnatcatcher.