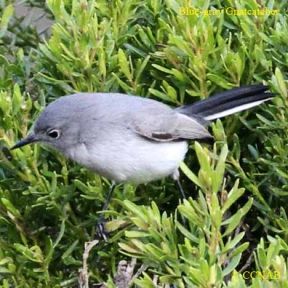 The gnatcatchers behave in somewhat the same manner as warblers and can be seen flitting from leaf to leaf and hopping from branch to branch seeking insects. These small mostly gray birds are always quite active although the Blue-gray Gnatcatcher is less colourful.