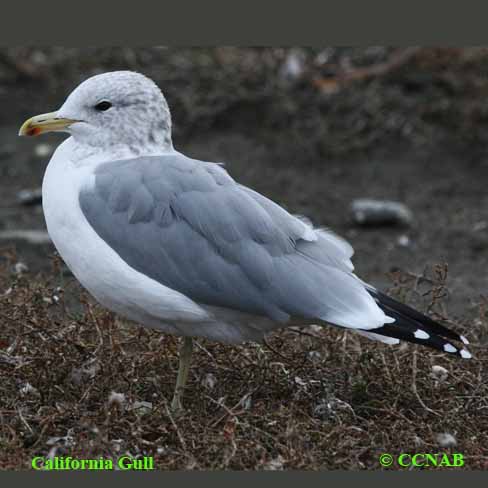 The California Gull lives in the western regions of North America. It is different from most large gulls that mostly nest close to the seas. This gull nests mainly on the prairies and spends its winter months along the Pacific coast. It is recognized by the black and red markings on its bill.