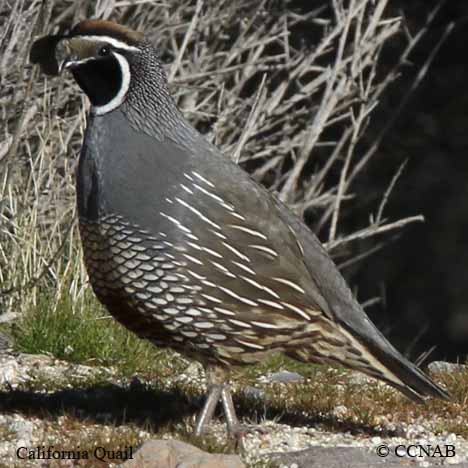 The California Quail has one of the largest ranges of all the other quails seen in North America. This small game bird can be found in very large coveys, from the southern regions of British Columbia, including Vancouver Island to the tip of the California Baja and eastward to Arizona.