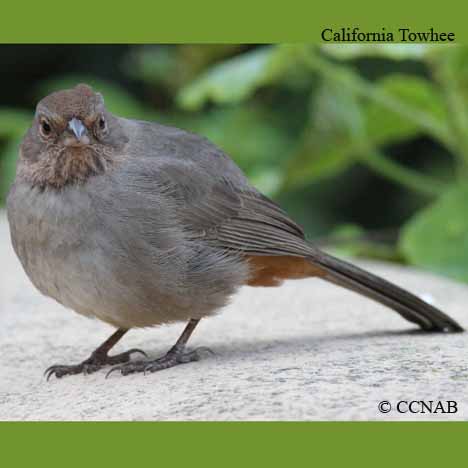 Life, Habitat and Pictures of the California Towhee

The California Towhee was once known as the Brown Towhee. It is seen from southern Oregon, through the state of California and into the California Baja. It is seen only from west side of the Laguna Mountain range out to to the Pacific coast. It is a friendly bird and is seen in city parks.