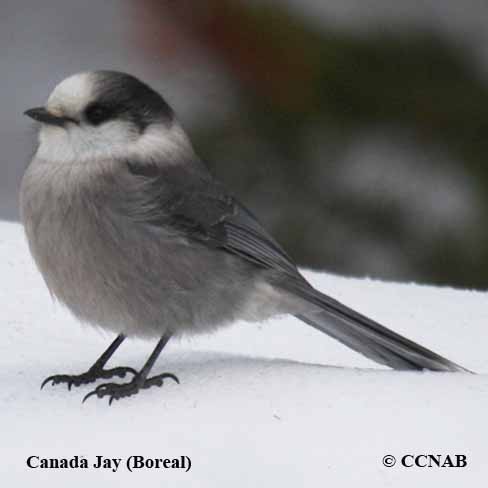 Canada Jay (Boreal) is a sub-species or race of the Canada Jay and was known as the Gray Jay. This sub-species is seen from Alaska, through the territories and right across the continent into Newfoundland and Labrador.