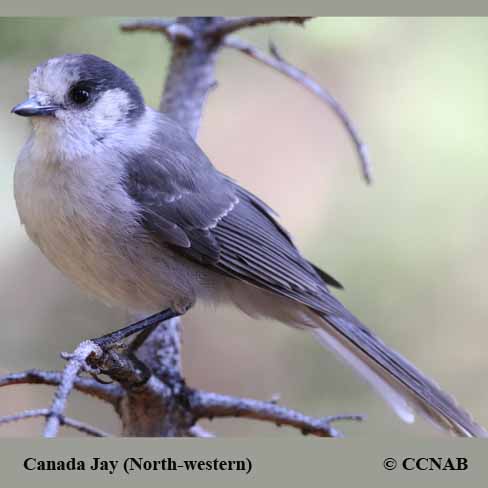 Canada Jay (Northern) is a sub-species or race of the Canada Jay. This jay was once known as the Gray Jay. It can be seen from the southern borders of the Yukon Territory, south along the western side of the Rockies into northern California.