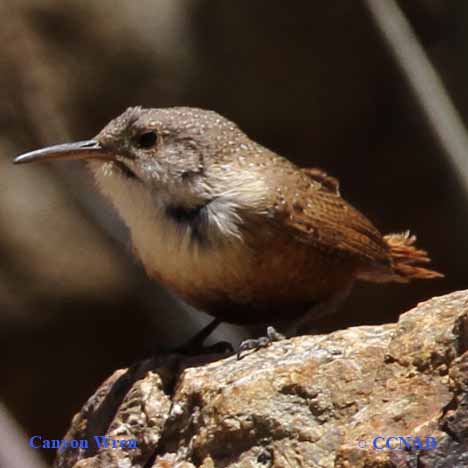 The Canyon Wren lives in a habitat that is a hot and dry climate. It is found in the southwestern regions of North America and south through Mexico. This bird has a very recognizable loud clear call that is generally heard coming from the steep slopes of a mountain or from cliff walls.