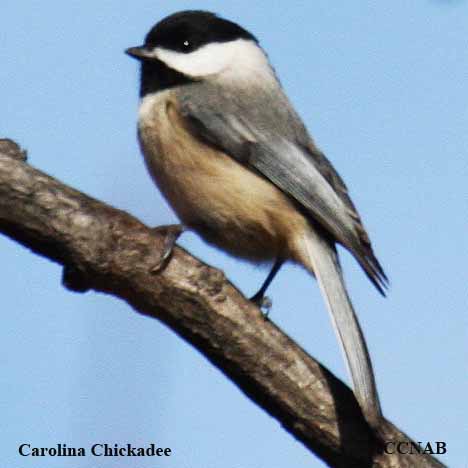 The Carolina Chickadee is very similar to the Black-capped Chickadee, which is seen in the more northern regions of North America. Each of these bird species can be identified by their call notes. These can be found in remote areas of forest or right in city parks in down town cities.