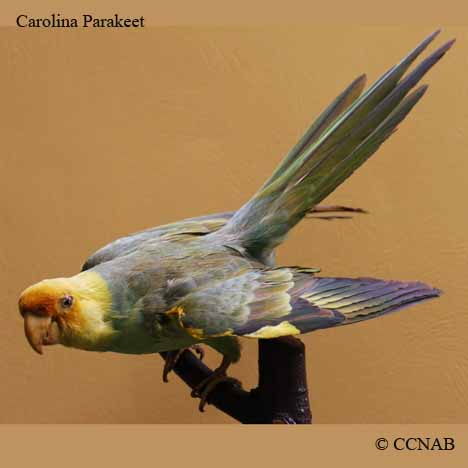 Images of the extinct Carolina Parakeet are courtesy of the North Museum of Nature and Science in Lancaster & the Carnegie Museum of Natural History in Pittsburgh, Pennsylvania, USA.

Life, Habitat and Pictures of the Carolina Parakeet

The Carolina Parakeet was the only native parakeet in the United States. Unfotunately, this attractive parakeet became extinct at the start of the 20th century due to overhunting and indiscriminately killed by farmers to protect their crops. Today, the only proof of their existences are the preserved specimens found in museums.