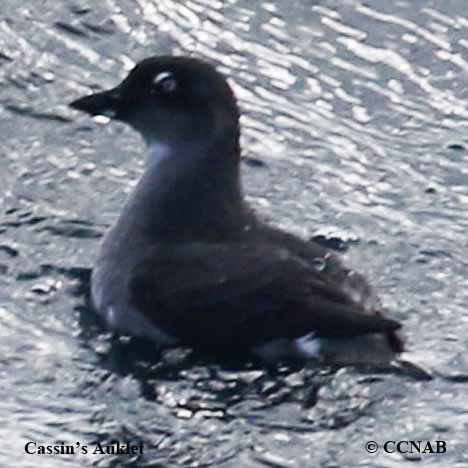 Life, Habitat and Pictures of the Cassin's Auklet

The Cassin's Auklet is one of the more common and abundant auklets found in the Pacific Ocean close to North America. This small dark grey bird can sometimes be found far out at sea. It is not uncommon for these small seabirds to be found aboard ships as they are atrracted to the ship's night lights.