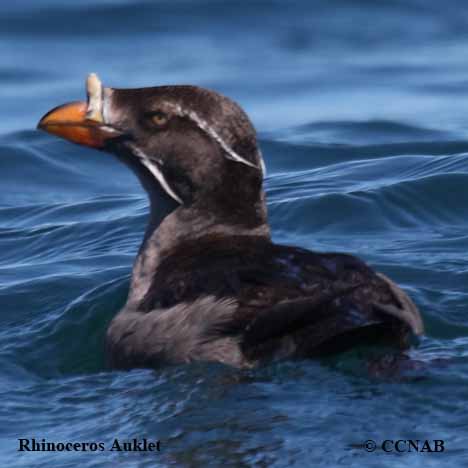 There are six types of species of auklets seen in the Pacific and Arctic oceans of North America. This would include Cassin's Auklet, Crested Auklet, Least Auklet, Parakeet Auklet, Rhinoceros Auklet and the Whiskered Auklet. Auklets are part of the alcids group and are some of their smallest members. Like so many other seabirds their plumage and even their bills will change to a brighter or sharper colour in the breeding season. Most auklets nest in burrows, much the same as puffins, as this protects their eggs and young from predators.

The auklets are some of the most remote and difficult bird species to try to see because of their preference and location of habitat. They live in areas of long days of sunshine to days with little daylight depending on the time of year.