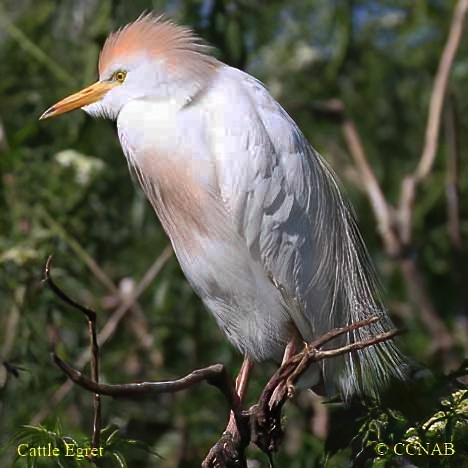 The Cattle Egret is becoming more and more common in the northern US states and the southern regions of Canada. This stocky egret is seen throughout the world, with reports of them on all the populated continents. As is indicated by the name, this wading bird is more likely to be seen in pastures than marshes.