The North American egrets are a common sight in the wetlands and swamps of the southeastern portions of the United States. This was not always the case, because of the beautiful feathers the egrets displayed in their breeding plumage, they were hunted almost to extinction in the 19th and 20th centuries. The plumage was collected and used in ladies fashionwear. To stop this practice, the hunting of the egrets was made illegal by protecting these birds under federal laws.

Today, the egrets are once again being threatened for another reason. The loss of their habitat through the draining of wetlands, due to agriculture and housing expansions. Local and federal governments, as well as individual organizations are purchasing tracts of land, creating parks and reserves and providing areas for these birds and others to exist. 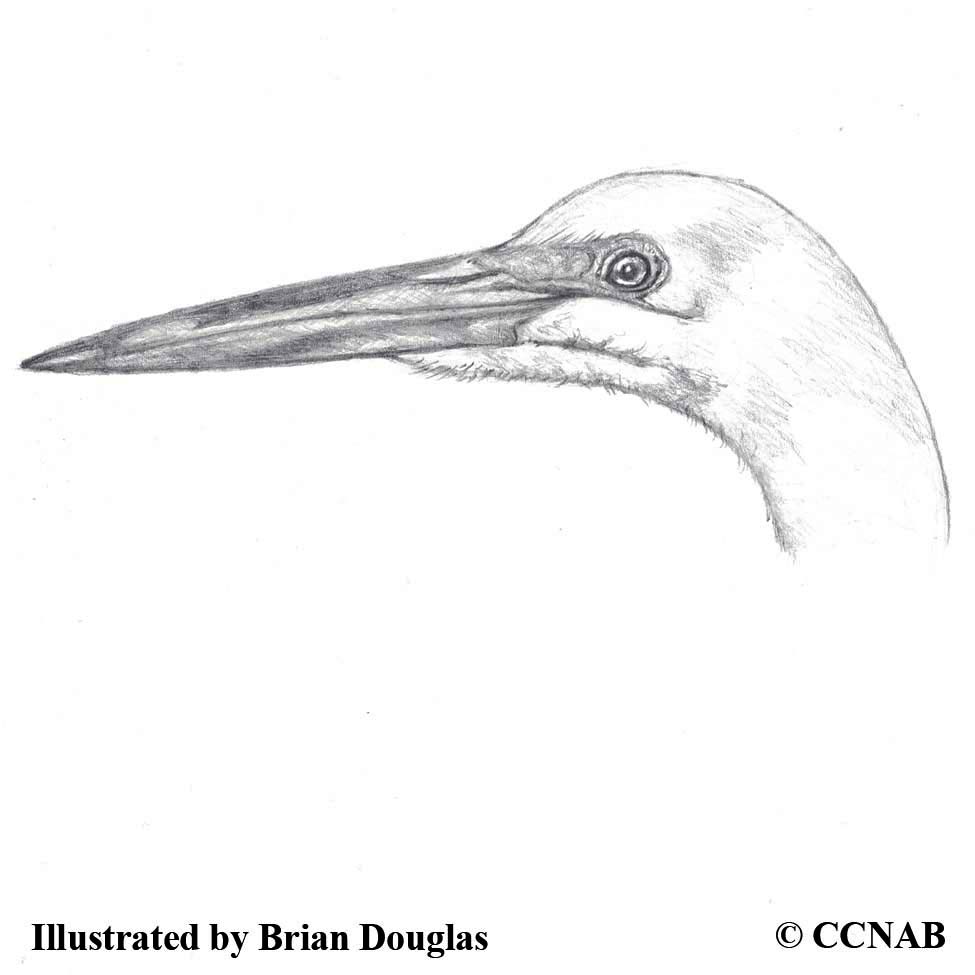 There are four species of egrets in North America, other than the visiting bird blown in from another country or an escaped exotic bird from its' compound. The Great Egret is the most common and is seen from Florida all the way into southern Canada during the warmer months. The Cattle Egret is seen over the same range but not as commonly as the Great Egret. The Snowy Egret and Reddish Egret are more apt to be seen in the United States, mostly in the southeastern areas.