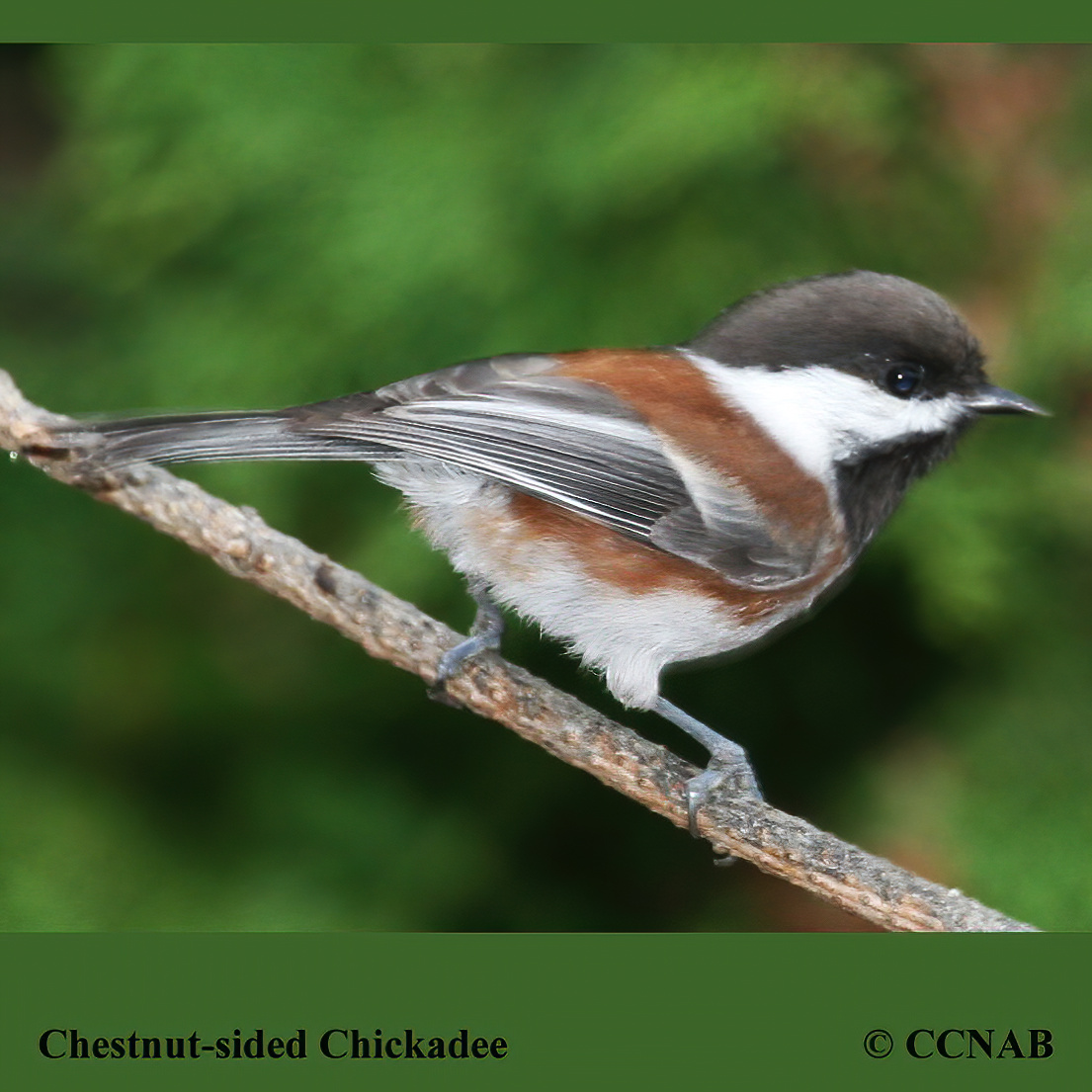 The Chestnut-backed Chickadee is seen throughout the forest along the states bordering the Pacific coast, from southern California through to British Columbia and into southern Alaska. These chickadees are seen on the west side of the Rocky Mountains. This small friendly bird can be found foraging in the branches of the evergreens.