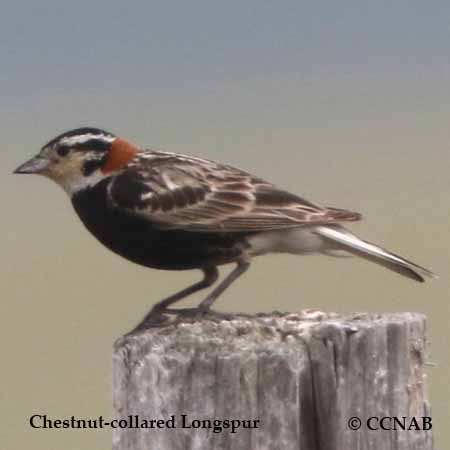 The Chestnut-collared Longspur, as does the McCown's Longspur, lives in the central regions of North America. It is similar in appearance to the Lapland Longspur which breeds much farther north. Although it is fairly common, this bird often goes unseen, because of its habit of feeding in the tall prairie grasses.