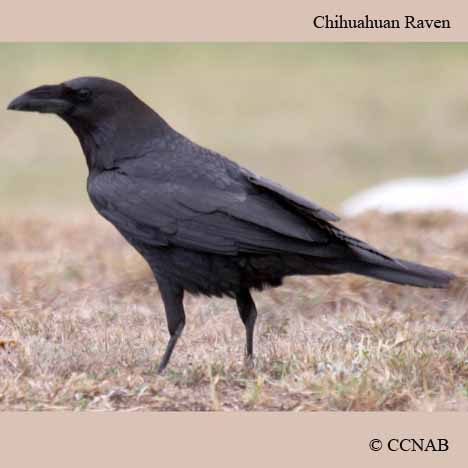 The Chihuahuan Raven can be seen in the most southern border states and Mexico. Southeastern Texas is home to this specific species of raven. This large black-coloured bird is a scavenger and is similar in size and looks of the Common Raven. It has a tidier appearance and different call notes. This species of the raven prefers a hot and arid landscape.