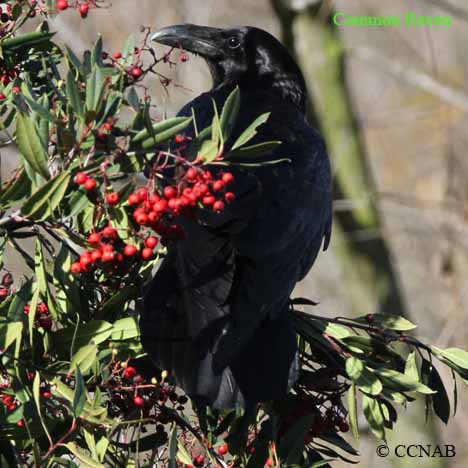 The ravens are the largest members of the corvidae family. These birds live in the far North and along the Rocky Mountains into Mexico. The ravens are a respected bird and their image can be found on wooden totem poles, carvings made from wood, from the tusks of walruses as well as on native paintings. They are known for their unique calls and many different voices. These birds can often be heard before being seen, as they make a swooshing sound with their large wings, as they fly above the treetops.