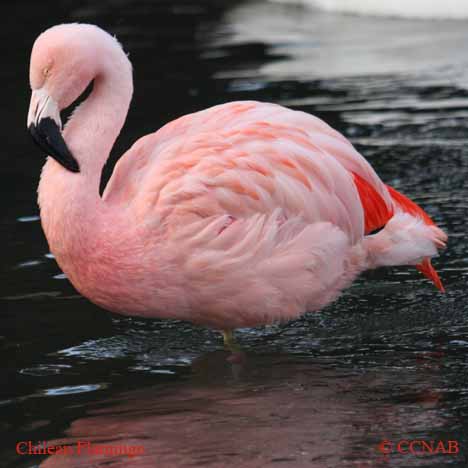 The Chilean Flamingo is a native wading bird in the southern countries of South America. It has pinkish plumage and white-pinkish eyes. This flamingo has not been seen in North America as a wild bird, but it is seen at wild bird centres and zoos.