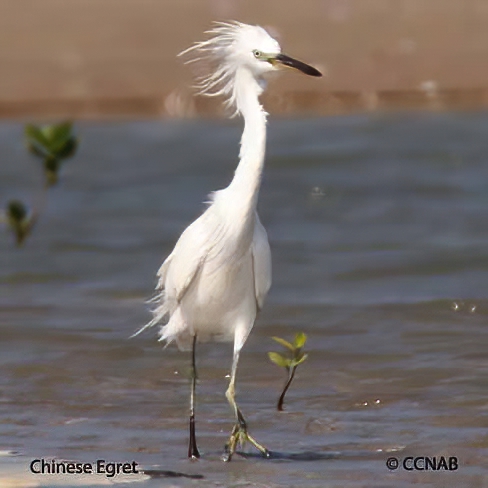 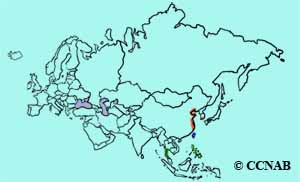 The Chinese Egret is a native wading bird of southeastern Asia. This all white coloured egret is becoming a rare bird in its own country. It can be seen along certain rivers and coastlines, but it is an egret of great concern. It has been seen in North America and is a recognized vagrant.